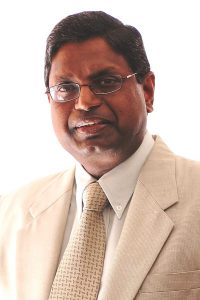 The youngest son of well-known Asian Evangelist, the late Dr G.D. James, Jonathan James is currently based in Perth, Australia. Dr. James directs a task force of some 200 national missionaries in 10 Asian countries and has established AEF’s training schools in 4 Asian countries, under the umbrella of the Asia College of Ministry (ACOM). Jonathan is the Radio Teacher of Destiny Radio, broadcast through the HCJB Radio network to a potential audience of 1.8 billion people in Asia.

He is a graduate of the University of Singapore and holds an M.A. in Telecommunication and Media from Columbia College (USA), an M.A. in Biblical Studies from Talbot Theological Seminary (USA) and a PhD in International Communications from Edith Cowan University in Australia.

He served as the Associate Pastor of the well-known Swanston Street Evangelical Church (Melbourne, Australia) for two years and is affiliated with the Brethren Assemblies as member of the Epping Gospel Chapel in Sydney. A gifted communicator, Dr. James has preached and conducted seminars and conferences in several Asian countries, USA, Canada, Australia, New Zealand, and Fiji Islands.

Dr James is the author of two books How to Communicate on Target; The Great Deception and the Joint Editor of the book That Asia May Know. His recent publications include McDonaldisation, Masala McGospel and Om Economics, based on the phenomenon of transnational televangelism in India, and A Moving Faith: Mega Churches Go South.

Dr. James is also an accomplished singer, guitarist, and worship leader having released three worship CDs: I am the Lord, My Covenant and Exalted. Two of the original songs from the My Covenant CD made it to the top in the UK Gospel charts for several weeks.